Animals on board of the livestock carrier “Elbeik”: Urgent actions are needed 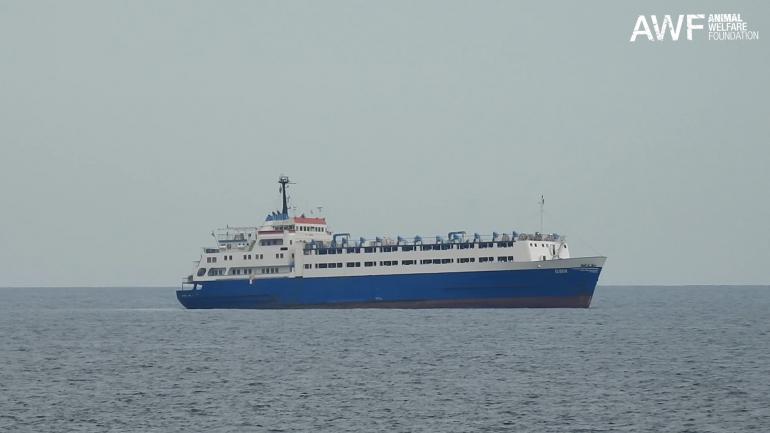 On behalf of the European Parliament Intergroup on the Welfare and Conservation of  Animals, I would like to express our deep concern about the fate of more than 1700 bovines that are currently on board of the livestock carrier Elbeik.

Last December, the livestock cargo left Spain heading to Libya, where animals were  refused due to suspected blue tongue disease. Recently, the vessel stayed anchored near the port of Famagusta for several days, and then left the bay with no clear direction. It then moved on to Crete, Piraeus and returned to Crete. Currently, it is anchored near Kaloi Limenes (Crete).

Over the past three months, the animals have never been inspected by a veterinarian, and we are deeply worried about their conditions as well as for the well being of the vessel’s operators. Both the animals and the crew recently experienced food shortages. Additionally, we were informed that there are already more than 50 dead animals on board. This is due to bad maritime conditions, but also to the difficulties linked to a three-month journey.

A similar situation arose with another vessel. The animals on board of the Karim Allah spent almost three months at sea and then were all euthanised when the vessel returned to Cartagena (Spain).

These last crises demonstrate that the current law is not working. The Union should put an end to live export and shift to a meat/carcasses and genetic material only trade, in line with the wishes of millions of European citizens.

While we call for an in-depth investigation on the proceedings of the two vessels Elbeik and Karim Allah, as of now urgent actions are needed to mitigate as much as possible the negative consequences that this journey had on the Elbeik vessel’s crew and the remaining animals.

The Spanish competent authorities have a clear legal and moral obligation to rapidly find solutions to safeguard the welfare of the bovines. We urge them to request an immediate return of the vessel to a Spanish port equipped to receive live animals.

At the same time, we ask the Greek Government to send without delay official veterinarians on board the Elbeik in order to check the welfare and health status of the animals.

The Treaty on the Functioning of the European Union states that animals are ‘sentient beings’. In line with this basic EU principle, we urge the Greek and Spanish authorities to take all the necessary steps to spare the animals any additional and unnecessary suffering.

President of the Animal Welfare Intergroup

Stop Finning, Stop the Trade; what next following the successful European Citizens Initiative?

Equines in the Upcoming Legislative Proposals on Animal Welfare